On Saturday, March 27, 2010, we asked the wattvisionaries (our beta users) in three timezones to participate in EarthHour.  We gathered quite a bit of data from the event, and we'd like to share some of it with you.  But if you're just curious as to who "won" -- the winner is Rob Patton of Florida, who got his home's energy use down to a mere 28 watts from about 6:30p to 10:30p! Congrats, Rob! We'll be sending you a wattvision t-shirt.

So did our users participate in EarthHour? Yes, they did.  Let's look at the data aggregated from 12 homes on wattvision in the Eastern timezone.

Let's first look at the average energy use per house on Friday night, the night before Earth Hour.  From the graph, you can see that in the period between 8:30 and 9:30, homes averaged an energy consumption rate of about 2,250 watts.  The blue line is an Excel-generated trendline (6th order polynomial). 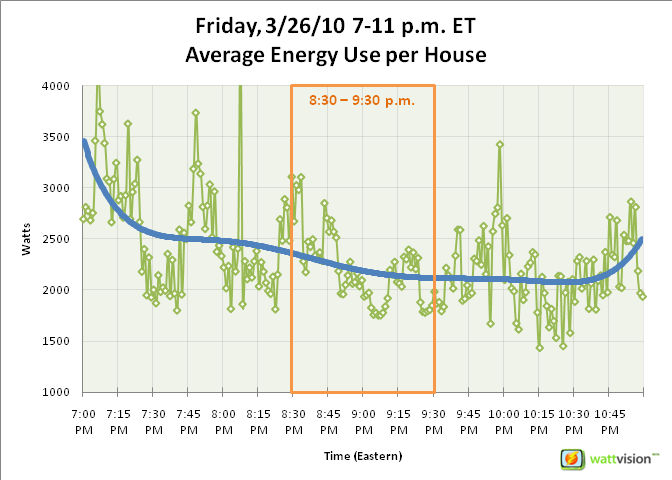 The next graph has the same axes and trendline, but contains the data from the night of Earth Hour -- Saturday March 27th.  You can see the 'dip' around Earth Hour, reaching its minimum around 9:15. 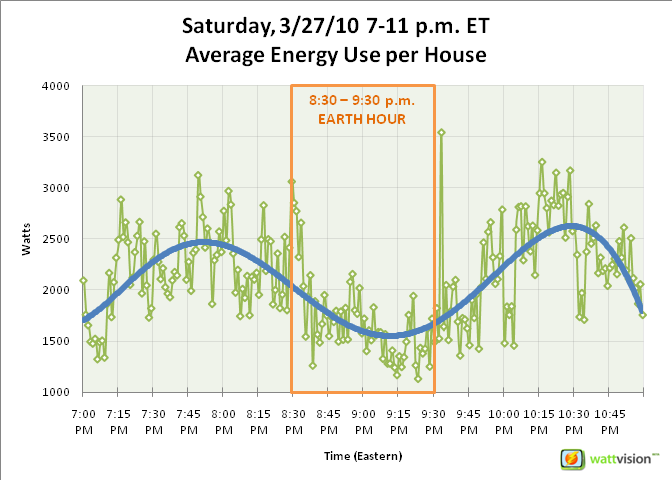 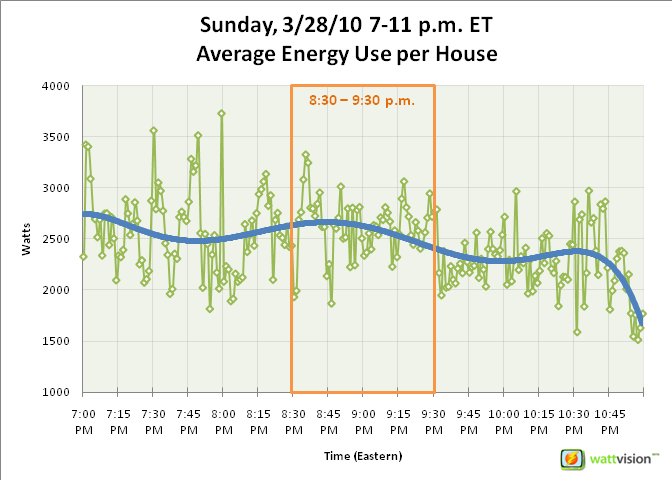 And here is the following Saturday, exactly one week after Earth Hour: 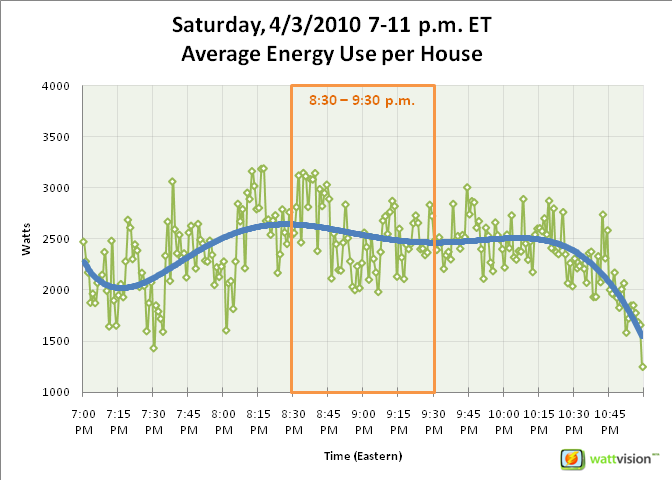 Based on the data presented, we think we can safely conclude that our users actually participated in Earth Hour last Saturday.  Whoo hoo!

So how much did our users save?  A quick calculation is required. Assume the 12 homes on wattvision typically average about 2,500 watts of consumption between 8:30-9:30pm, and that during earth hour, on average, the usage went down by 700 watts per home.  This means our users saved 8.4kWh of electricity, or about 34.2 pounds of CO2 that would have otherwise been released into the atmosphere!  You can check our calculation here. And also check out the EPA's Greenhouse Gas Equivalencies calculator.

Thanks again to the wattvisionaries for participating, and congrats again to Rob!