In this week's edition of Town Topics,  Wattvision's work with Sustainable Princeton is featured. Labyrinth Books, One Monument Hall and Witherspoon Presbyterian Church  are all participating in Sustainable Princeton's EnergySmart Buildings Campaign. The goal is to track energy use in  a canvas of buildings using Wattvision software. Wattvision was chosen for this project due to our experience in tracking data in Princeton University Residence halls and at at Stony Brook-Millstone Watershed. For more information, you can read the article at towntopics.com or on Pg 9. 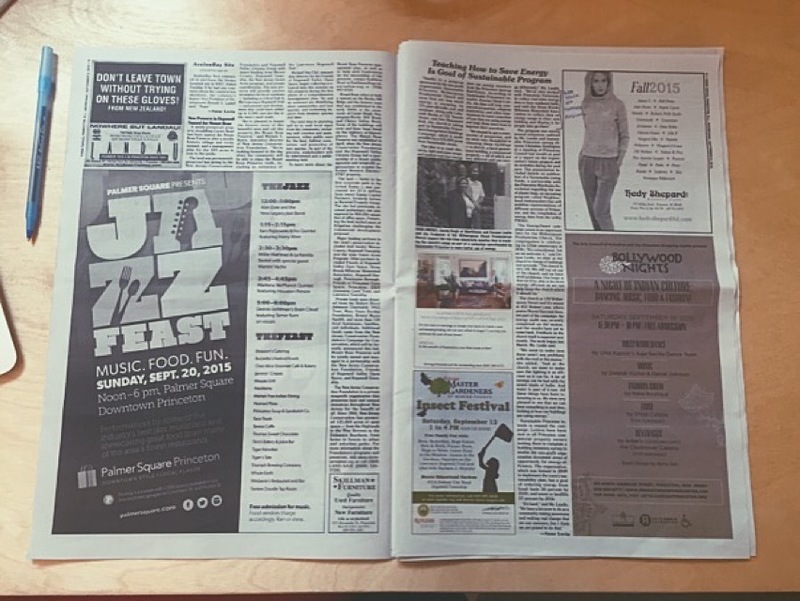 Yesterday afternoon, Wattvision and Sustainable Princeton visited the Witherspoon St. Presbyterian Church to help them track and reduce their energy use.

Denise and Jim of the Witherspoon St Presbyterian Church are trying to make the facility as energy efficient as possible.  They were looking for ways to save money on their energy bill while also becoming more sustainable, so they called in the big guns. Wattvision and Sustainable Princeton came in to save the day, one watt at a time.

Sustainable Princeton is installing Wattvision sensors on a few Princeton-area facilities.  The project, spearheaded by Christine Symington, seeks to inspire energy efficient changes in the community.  Wattvision will allow facility owners to directly track savings as a result of changes and audits, and receive alerts if anything changes.  The church will use Sustainable Princeton's energy saving tips to their full advantage.

If any other local business is interested in sitting down with our team and talking about how Wattvision can save you energy please email sara@wattvision.com 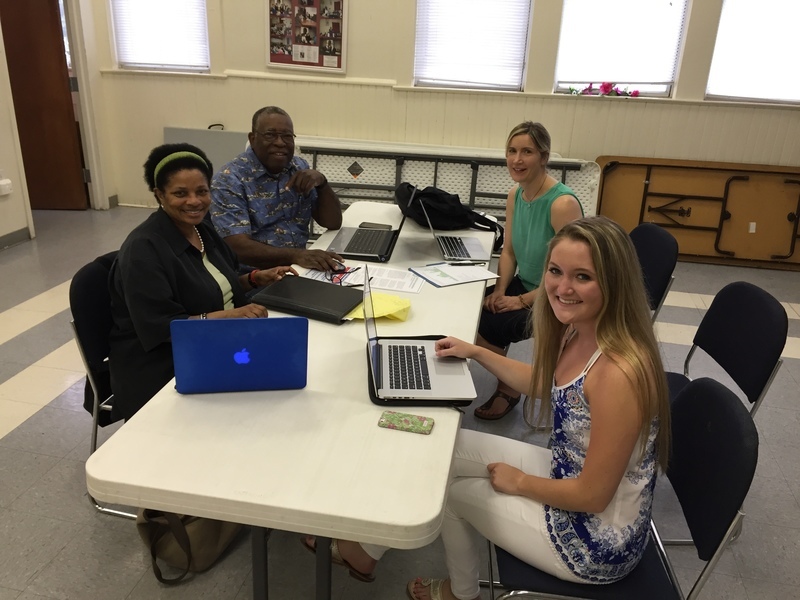 2. Gateway will go into setup mode. You will know that it's in setup mode when the WiFi light comes on and the link and sensor lights are blinking

Set Up your Wattvision Gateway with Ethernet in 4 Easy Steps

SmartThings is an app that allows you to control your home through your smartphone. You can turn on and off lights in your home, control the temperature, keep track of your pets, open and close your garage, etc. from anywhere in the world. Now, if your home is set up with SmartThings and you are a Wattvision user, you can track your energy usage on the SmartThings app.

Linking Wattvision data to the SmartThings app is simple

When viewing your house, you can now share via an "unlisted link" -- meaning you can share your wattvision data with users that do not have wattvision logins.

As the owner of a house, you need to activate this feature by clicking on the SHARING tab and pressing "create share link".

You can also deactivate the link once you've created it, locking out anyone that you previously gave access to.

We're just trying to make it easy for you to share and explore your Wattvision data! 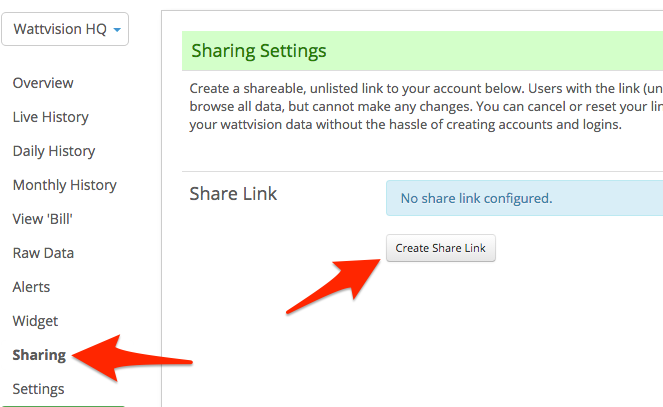 Last week, we received an email from one of our users, Troy.  He's used Wattvision data to compare different possible rate plans and select a time-of-use rate for his energy bill, saving him $15/month. You can see the spreadsheet he used below! Thanks for sending this in, Troy!

Exciting! A current student a Princeton is going to analyze anonymized energy data from Wattvision to determine if our users could save money with different rate structures.

"I hope to compare anonymized electrical usage data with historical prices to see how residential electricity bills would change if utilities used different pricing structures. The goal is to see which pricing structures provide the most benefit to users by improving the efficiency of the current rate design and offering incentives for conservation. Also, if possible, I would like to try and study how these changes impact different demographics."

In more simple terms: I want to see how people's electricity bills would change if they didn't pay just a flat rate for electricity. Specifically, which pricing methods allow people with good conservation habits to save the most money, and how they would impact different demographics.
- Sharon Gao '15

Contact us at info@wattvision.com with questions!
Thanks,
WV Team

Guest poster Ted Borer, long-time Wattvision fan and supporter, wrote up the following detailed writeup on the Princeton U Campus energy use, his home's energy use, and the regional electrical grid's usage, during Superbowl XLIX.  It's super interesting, check it out!

The 2015 Super Bowl Power Analysis – Now with a value-added look at residential electricity use!!

Previous general comments can be found in the SPEE academic paper.

What can we learn from last-night’s game in particular?

1.       DO hire Matt Flynn if you need to catch an oblong flying object, in any position, ever. DON’T call a passing play with half a minute on the clock, trailing by a couple points, and only a few yards to go. Okay we got that out of our system.

2.       This game is important to a lot of people. For about five hours the Pennsylvania-Jersey-Maryland interconnection needs to supply about a hundred million watts more power than on a different but comparable Sunday evening. That’s a LOT of energy.

3.       People use a lot of energy very briefly about ten minutes before the game. You can picture millions of microwaves, and refrigerators, and sinks being used as people prepare food and drinks.

4.       Almost everyone leaves the TV on for the whole game. So power spikes indicate boredom or hunger when people leave the TV room and operate some additional appliances.

6.       College students care a little more about the half-time show than the PJM interconnection does as a whole. In PJM a higher % do other activities during half-time.

7.       When Seattle got a field goal followed by an interception and a touchdown shortly after half time, a lot of people on campus stopped other activities and focused on the game. These major events caught their interest.

8.       From 9:02 to 9:20 there were a LOT of advertisements. Students focused on these and used less power. In the PJM area, people walked out and did something else.

10.   As soon as the game was over, people went out to clean up the kitchen, run the dishwasher, and get ready for bed. There was a similar power spike as soon as the post-game award stuff began.

13.   NOTE: To make the PJM graph easier to graph and more obvious, I subtracted the overall trend of declining power use through the evening. What is shown on the graph is the incremental additional energy use above the overall trend.

What can be learned from a super-granular look at our single-family home?

1.       Electric heating elements turn on and off. They do not modulate. They run steadily at full power until their temperature set-point is met, then they cycle on/off to maintain that set point. You can observe this with the coffee maker, stove, oven, and poultry water heater. You can see that the oven ran at full power as it was warmed-up from 6:45 – 6:58, then began to cycle to maintain temperature. The oven heating elements are probably about 2300 Watts. The coffee maker is about 2000 watts. The poultry water heater is probably about 1500 Watts. About 7:40 the oven was opened several times to remove food. It operated about 15 minutes at full power before reaching and maintaining set-point. We turned it off at 8:18.

2.       We do take advantage of advertisements to use the bathroom and get more food.

3.       There were about 250 Watts worth of stuff that we could have turned off several hours before we did (computer equipment and many lights around the house are not offering benefit while we’re watching TV).

4.       NOTE: To make the household trend easier to graph and more obvious, I subtracted the heat pump and fan energy use. What is shown on the graph is the non-HVAC energy. Assuming that heating the house is not optional, this is more representative of the optional energy use.

THE BIG TAKE AWAY:

1.       Pay attention to your energy use. It is interesting. It is important from the standpoint of both financial and environmental stewardship.

2.       Study energy use in super-granular detail and superimpose what you know about the system.

5.       To save money and environmental impact, reduce or eliminate low-value activities.

FEEL FREE TO SHARE THIS. JUST SAY WHERE YOU GOT IT.

Wattvision makes it easy for people and businesses to save money on energy.  Used by individual consumers and large corporate entities like Princeton's Sustainability Office, Wattvision's versatile hardware and software helps users understand their energy consumption, helping them save up to 20% off their energy bills.